-->
Breaking News
Fetching data...
Home Travel The Beauty of the Sea in Wakatobi

The Beauty of the Sea in Wakatobi 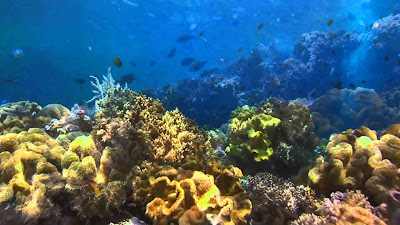 Indonesia is rich with stunning natural one that is life at sea. Therefore write about the beauty of the sea and just point to Wakatobi.

Wakatobi included in Southeast Sulawesi region of Indonesia, this is a place that has a stunning underwater scenery. Now it's easier to get to Wakatobi, because there are now direct flights scheduled to and from the Wakatobi.

Airports in the Wakatobi which operated there two Maranggo Airport and Airport Matahora. Maranggo Airport is operated by the Wakatobi Dive Resort, Airport is served by direct flights and sometimes if you can direct from Bali to Toma (named after an exclusive tour package / charter air). And then we will be talking about Matahora Airport, Airport is located at Wangi Wangi-developed since 2007 which ibukota including regional Wakatobi. Matahora Airport has a runway with a length and width of 1400 m and 30 m.

And then added a 2100m runway, was done so that the runway can land like a Boing 737 aircraft.


You must do everything to make it work and not waste your time to go to Wakatobi Marine National Park, South Sulawesi in Indonesia, a great place to explore the beautiful sailor. Some time ago, to reach Wakatobi, traveler must first go to Makassar or Kendari (capital of South Sulawesi province) by planes or ferries from Jakarta or Bali (currently, there are no direct international flights to Makassar). Then they have their journey by plane or boat / local ferries connected to Bau-Bau (transit town) before arriving at the point of Wakatobi.

And the good news is, Usman Syafei Jamal as Minister of Transport of the Indonesian government officially Matahora airport at the end of June 2009. The airport has been developed since 2007, located in Wangi Wangi-, a regional capital of Wakatobi. There are two airports operated Wakatobi. The first is that the airport Maranggo operated by Wakatobi Dive Resort which direct flight occasionally from Bali to Tomia (exclusive tourist package / air charter) serves.

The second is that the airport just mentioned above, the Matahora airport. Now there are only SusiAir which ten flights per week (Wakatobi-Kendari Kendari-) works and it takes only about 45 minutes a trip.