-->
Breaking News
Fetching data...
Home Travel Visit The Arts Festival of La Quinta on Your Next Vacation to Palm Springs 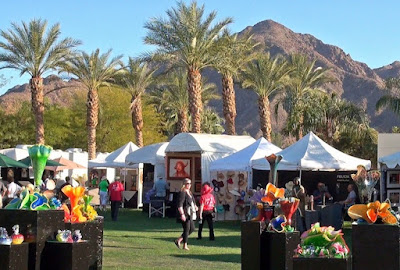 La Quinta, California, home Quinta Arts Festival has a name and old and archaic past. Founded in 1776 by the conquistadors led by Juan Bautista De Anza. In those days, it was very common for travelers from Mexico to stop every few miles on his pilgrimage to the Catholic missions of San Gabriel, Riverside and San Bernardino. This place became the fifth in the list of stops and hence the name La Quinta, which translates into Spanish as fifth.


Located in the Coachella Valley floor and surrounded by the Santa Rosa Mountains most of the residents at the time were the Cahuilla Indians, an indigenous tribe in the region and remain in the valley and are very active and prominent in the local community. La Quinta Resort, home to Frank Capra, who wrote part of the screen to "Lost Horizon" at his home there, became the first of its kind and is a popular bar and Hollywood celebrities destination.

Today, perhaps the most popular spot in La Quinta Village is the old town, an interesting development on the main street, which is located next to the Civic Center, home of the La Quinta Arts Festival. Since 1982, a group of individuals of civic spirit, including the time, and the first mayor Fred Wolf were determined to create a La Quinta, it would, to quote Mayor Wolf, "the cultural and artistic center of the valley Coachella, providing the community with cultural and artistic offerings that are essential for a functioning society." Wolf and two other partners established the La Quinta Arts Foundation in 1982. The Arts Festival is sponsored by the Foundation and its partner, the City, which continues to sponsor a myriad of events in the region.

The festival, which had its premiere in 1983 had 50 artists and 1,900 customers, including Red Skelton, was held first at Desert Club Resort in La Quinta Village and has always occurred within five miles of the original site. New to the 2011 festival is the addition in the field of festival bar and a restaurant offering an eclectic myriad of food and drink.