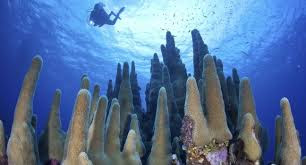 Seven Mile Beach in Grand Cayman is generally considered one of the most beautiful Caribbean beaches. George Town's main attractions include the National Museum Cayman Islands, Fort George remains, and the Cayman Maritime Treasure Museum. The Cayman Turtle Farm in West Bay is home to more than 14,000 turtles babies at some weighing more than 400 pounds.

One of the most popular tourist attractions in Grand Cayman is Stingray City. Some tour companies offer guided walks through the rain forests of the island, and it is very popular among the most active tourists of the island. Rainforests of Grand Cayman is home to many exotic flora and fauna. Boating, diving, parasailing, snorkeling, jet skiing, fishing and swimming are also popular outdoor attractions, and sellers to make all the necessary supplies available in the most popular beaches and shoreline George Town.

The best opportunities for food and drinks are on West Bay Rd. Close to Seven Mile Beach. Here, the restaurants offer the best dishes and fresh fish bars play live music within its walls, and the beaches.